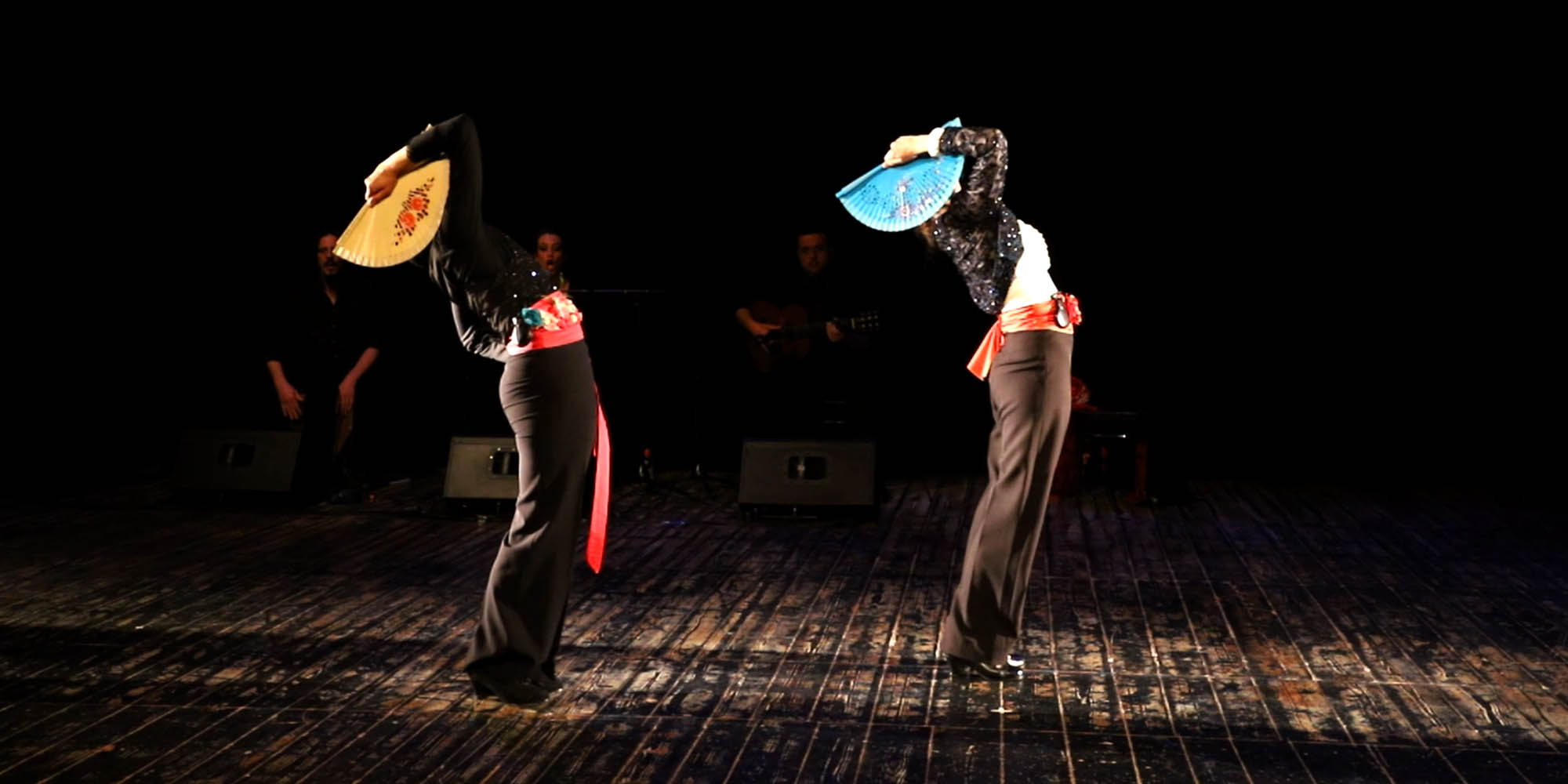 A Flamenco spectacle inspired by the soundscape of the city of Seville.

“Daily life has its own soundtrack. If we don’t hear it, it’s because we’ve grown accustomed to it.”
– Ramón Pelinski (1932-2015), ethnomusicologist & musician, Argentina

Flamenco is a key part of the soundscape of Seville, but some sounds stand out above the rest, from the raised voices and laughs of the out-going Sevillanos, the unending traffic on the streets or the murmur of voices around the corner hidden from view in any one of its plazas. The bubbling of water in fountains also plays a role in this choir, together with the tak-tak of footsteps on the cobblestones, or the clopping of horses hooves trotting along. Coronets and drums can surprise you at any time along with the clanging of butane cans in the back of the delivery truck or the whistle of pressure cooker as it calls you to the table. The knife-sharpener or clanging of the bells are also here in this noisy work. All these sounds travel through the city, they enter and leave again through the windows, of the bars, of the workshops and the market stalls, and they make Seville an intensely musical city.

This musicality gave life to the show “Sevilla suena”. Two dancers and three musicians explore how the sounds connect with the different experiences to be had around the city, how they bring one to scenes already lived or dreamed that later transform into music and dance. The compositions will awake the imagination of the public and evoke a feeling of being surrounded by the city.

The performance is a proposal from Eva Verbruggen, founder of the dance company Mov.es Flamenco. The Belgian artist, living in Seville for over a decade now, captures and edits the soundtrack of her adopted city, always accompanied by her sound recorder, she collects the different sounds she happens upon in her day to day life. The extensive collection of typical sounds from the capital of Andalusia is used as a basis for the compositions that Eva Verbruggen creates and as a starting point for the other artists’ creative processes. “Sevilla suena” sounds like the city it takes its name from, strong, indiscrete and incredibly musical.

For more information and booking: movesflamenco.booking@gmail.com